The Mole Women of Gants Hill! 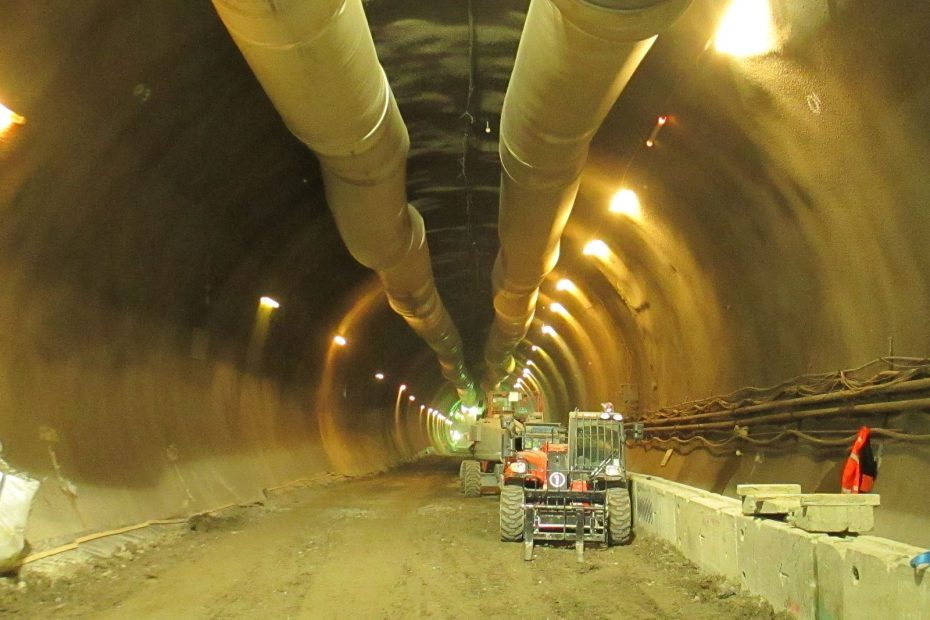 It’s recently been in the news that Crossrail is delayed again. The first underground railway to be built in London in more than thirty years might now be around 2 ½ years late. So, there are over 26 miles of tunnels newly dug beneath central London standing empty and waiting for the trains to come. There have been so many problems that the project has become known in the industry as the ‘hokey kokey’ line – as they have to keep putting stuff in and taking it out again.

Delays are no new thing

It made me remember my mother telling me how she had eagerly awaited the extension of the Central Line which was to run out of the East End of London into Essex – part of the huge expansion of new housing and commuter living in the inter-war years – building the ‘homes fit for heroes’. And, at 16 years old, she imagined that, when she was able to get into the centre of town easily, she would find much better job opportunities than where she was working then in her local sweet shop. 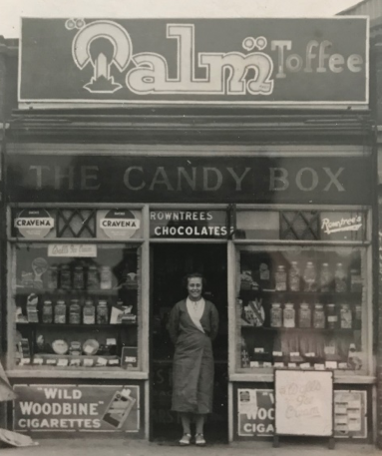 But, rather than the new underground linking Liverpool Street with Loughton and beyond, the Second World War arrived and work on the line was suspended. So, instead of dressing up in a tailored suit and finding a job as a clerk or a typist, “war work” called and she started in Plessey Electronics Company – one of the most important military aircraft component manufacturers. They were licensed to manufacture the fuel pump of the Merlin engine which gave the Spitfire its evocative sound.

The Thing-ummy-bob that’s going to win the war

So, she didn’t take the new tube-line to work, my mum walked to the factory across the railway bridge in Ilford which exists to this day and under which the Crossrail trains will, hopefully, one day pass. She loved the work and she loved the money – earning, she said, ‘a man’s wage’. Well, records suggest it was not quite! But perhaps better than being a secretary in the city! Most of the workers on the factory lines were women, as, of course, the men were away fighting so my mum became one of the heroines that Gracie Fields sang about “I’m the girl who drills the ring that holds the rod that turns the knob that makes the thing-ummy-bob… that’s going to win the war!”

But being where it was in the East of London, the factory was highly vulnerable to attack by the Nazi bombers who approached London using the Thames as a corridor and navigation guide. In fact, because of its strategic significance, the factory was deliberately targeted using aerial photographs taken by the Nazis just before the start of the war. After several heavy bombing raids during the blitz of 1940, the factory’s destruction – and all that would imply for the war effort – became a real possibility. And one day, even my poor mum was strafed as she walked across the bridge – which, sadly, meant she left Plessey and the capital to go and live with an aunt in the country for a while ‘because of her nerves’.

Which brings me back to empty tunnels!  One of Plessey’s Managing Directors, Sir Allen Clark, had a brilliant idea which he persuaded the government and London Transport to adopt, of relocating the factory to 2 ½ miles of the newly dug disused tunnels between Gants Hill and Wanstead on the Central Line Extension.

So, from 1943, around 2000 workers – still mainly women – went down via the unfinished station entrances at Gants Hill, Wanstead and Redbridge into the tunnels to work a 24-hour shift system with no natural light, headroom limited to 9ft 3in in places, more than a few rats and, importantly at that time, no smoking! 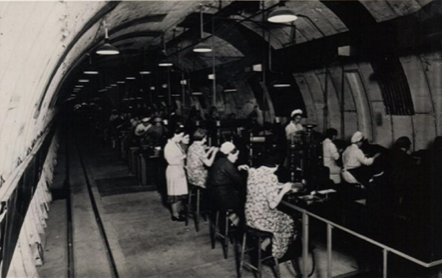 Meanwhile, in ignorance of the move, Nazi air raids on the original Plessey factory continued: Ilford railway bridge, where my mum had crossed, still has bullet holes in its corrugated iron sides to this day. Little did the pilots know – in fact, little did anyone know – that the factory had been relocated into the tunnels some two miles away, as the workers and everyone associated with the factory were sworn to total secrecy during the war. And, in fact, most refused to discuss these secrets for many years afterwards – long after that part of the Central Line was finally opened in 1947.

Certainly, growing up in Ilford in the 1970’s and using the line as often as I did, I never knew anything about it at all until quite recently.