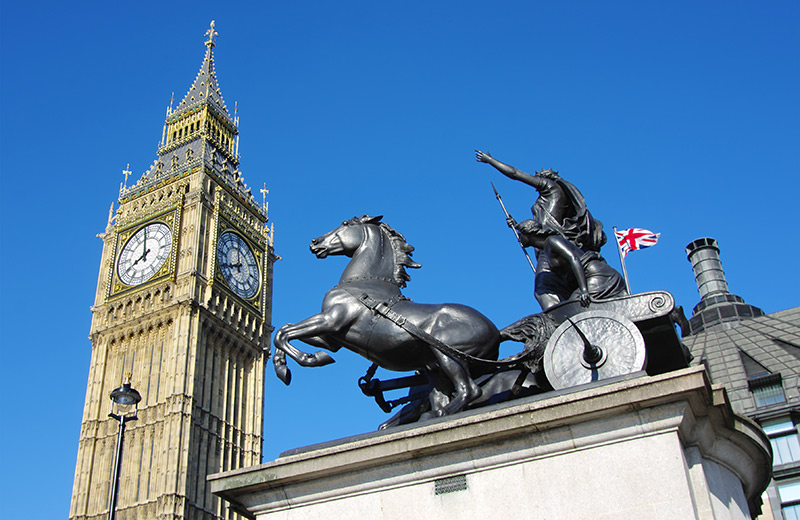 There’s been much talk about the Prime Minister, Theresa May, finding her inner Boudicca or this being her Boudicca moment and as I passed the famous statue on Westminster Bridge the other day, it made me appreciate that Britain’s “Euro-scepticism” clearly has a long history. But then I couldn’t help wondering if Boudicca’s approach to renegotiating Britain’s relationship with Europe is really the most appropriate model.

Certainly, her plan in AD 61, was to take back control from the Roman invaders and she had good reason to be aggrieved. She was Queen of the Iceni and since the arrival of the Romans in AD 43, this tribe and the invaders had got on rather well: more of a client king status – they kept their lands and thrived, but offered political and practical support to the Roman administration. A kind of opt-out from the usual way of things.  But this all came to an abrupt end when Boudicca’s husband, King Prasutagus, died in 60 AD and the Romans would not agree to his last wishes that the Iceni lands should be inherited 50:50 between his two young daughters and the Roman Emperor. This would have been quite normal in Celtic society as Celtic women appear to have enjoyed greater rights in property ownership, inheritance and marriage law than their Greek and Roman sisters.

But, the Romans decided the time had come to change the way they did business with the locals and Boudicca was treated appallingly:  her lands were confiscated, she was publicly flogged and her daughters were raped. Incensed and enraged, she decided on revenge.  Waiting for the moment when the Romans were away busy subjugating the Druids in Anglesey, she called together a rebel army and led them to Roman capital city of Camulodunum (modern day Colchester), killing all the Romans who lived there and destroying it down to the last brick. She then moved onto London but, since they knew she was coming, almost all the Romans had fled from there. She razed the city to the ground anyway, in conflagrations of 1000 degrees Fahrenheit – there’s still a thick layer of burnt earth under Bank junction showing just how total the annihilation was. Then, she moved onto St Albans and did the same there in scenes of ‘indescribable slaughter’ according to Roman historian, Tacitus.

So, if not her rather uncompromising approach to negotiations, then perhaps her powers of oratory could inspire our politicians of today: Tacitus reports her stirring battle speech –  reminiscent of Elizabeth I’s  Armada moment! She was not, she said, a member of the nobility avenging the loss of her kingdom – but an ordinary person avenging her loss of freedom, her own battered body and the violation of her daughters.

“….in this battle, you must conquer or die. This is a woman’s resolve; as for men, they may live…and be slaves”.

70,000 people were killed by this woman and her Celtic army before finally, the rebel warriors were defeated by the professional soldiers.

What would Boudicca do?

In a recently published book called What Would Boudicca Do,   historian authors Elizabeth Foley and Beth Coates consider how everyday problems of today might have been solved by remarkable women of history.  BREXIT…what would Boudicca do?